World is majorly comprised of average folks. The same goes for the commercial sector where the majority of the workforce comprises of individuals with average talent and temperament. There is no harm in having the majority of the mediocre workforce. The truth of the matter is it is pretty normal for companies to have 80 percent of their workforce from the average pool.

Having said that, it is also a fact that the world moves, innovates, and does better by the virtue of top-performers. Whether it’s an academic or a commercial entity, their top performers represent them at major podiums.

Not only that, companies with greater proportion of above-average workforce standout among its competitors. Therefore, business experts always advise companies to constantly work on converting their average employees into top-performers.

This effort entails mutual benefit. The uphill movement of the workforce from being average to excellent doesn’t just reflect on the progress and audit report of the company, but it also improves the life of employees that experience that turnaround. Business operators can work on average-to-excellent shift in every division of the workforce within the company.

In this power blog, we will particularly discuss how businesses can turn their average security personnel into exceptional performers and the role of security guard services and security training in that. But before delving into this discussion, it is important to discuss what constitutes the description of an average security guard.

Description of an average security guard

Why is it important to have top security folks at your business?

Why put effort and resources to strive for top security guards when things are well-running with average folks around?  There are multiple ways in which having top-performing guards with pertinent security licenses and training at your place can result in tangible benefits for the business.

Top security personnel change the outward look of the business

It’s clichéd to say this but yes, the first impression is often the last impression. Having mindful, vigilant and fit security personnel stationed at the premise will help in earning the immediate trust of prospective clients. On the other hand, unexciting and impassive security guards that are just there for the sake of it can’t work in any way to improve the projection of the business.

Security guards with exceptional work ethics also create an amiable and trustworthy environment within the company. Feeling safe at the workplace is a component of employee satisfaction, which is closely linked to the overall growth of the company.

Last but not the least, top security personnel acts as a good deterrence against any external threat.  Businesses can protect themselves in a better manner against vandalism and break-ins if they are gifted with top-performing guards trained from any professional security guard services facility.

So, it has been established that top-notch guards are a requirement to do well in a competitive commercial space. The below discussion is weaved around the things that could be done to turn average guards into top-performers. 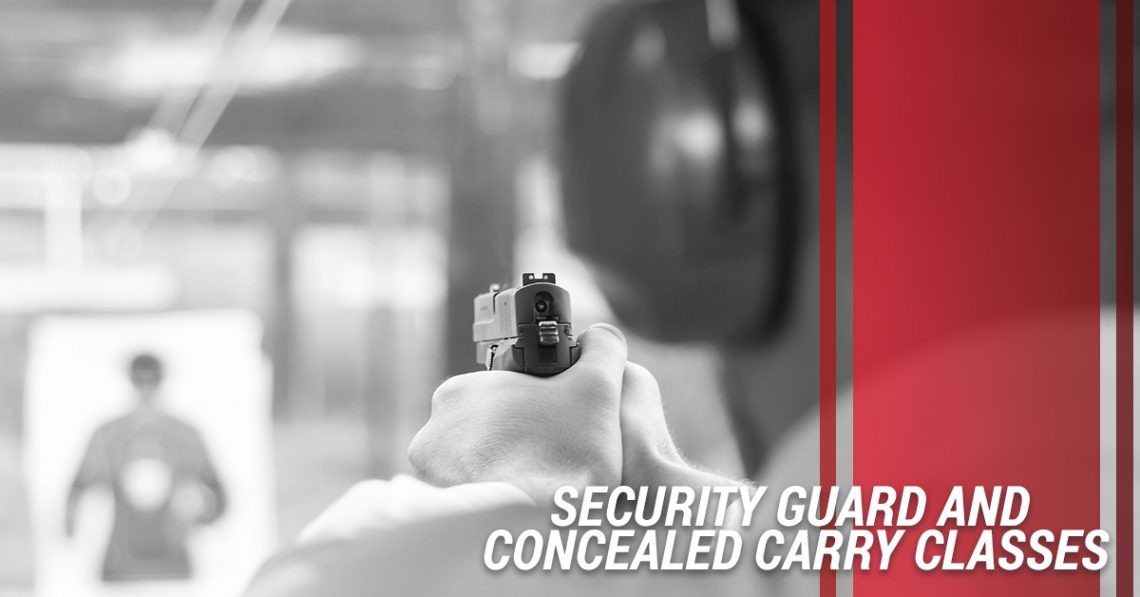 Accountability is a term used very loosely in a commercial context. For instance, it is given that each and every individual in any workspace is accountable to someone. However, the actual implementation of this principle and consequent results are not observed quite often. So, when we say that accountability measures can improve the competence of an average security guard, it is not meant in a generic sense.

Setting prior accountability training can actually help your average guards to be more responsible for their work. This will eventually turn them into above-average or even top performer. Itcan be done byteaching them to self-evaluate their performance. Self-evaluationbegets self-accountability, which is a top trait of an exceptional performer.

Communication is the key

An accountability-enriched environment can’t be achieved if effective communication is missing between employees and guards. This becomes more important when you are dealing with a bunch of average security personnel. Always communicate in ‘we ‘instead of ‘you’.It is important to dispel the notion that only they are accountable. Otherwise, it can be perceived as a personal attack.

A security guard training will come in handy

The issue of accountability often pops up when security guards can’t understand the domain of their responsibilities. This is a major issue with many average security guards who inadvertently continue to perform below par because they can’t make out of what security tasks they are responsible for.Fresher security training from any reputable security guard services will come in handy in such situations. By enrolling in a good hands-on security training program, they can understand the exact role of their service in any commercial space. By understanding his role through this refresher course, an average guard will become more accountable to perform better than before.

Transparency and accountability are strongly interconnected. However, the term transparency often gets misinterpreted in the commercial sense. However, here we will not get into any of its convoluted explanations and try to discuss it just in the backdrop of improving the performance of an average guard.

There must be no favoritism

Unsystematic favoritism is commonplace in anywork environment. Amid an efficient transparency system in place, employers tend to treat some employees better than the rest. To establish an environment free of preferential treatments, you first have to ensure that the hiring process of security guards is purely based on merit. For instance, if you have set a criterion that a candidate must possess a classD security license, then make sure that no individual is hired without this qualification. By keeping up a transparent hiring process, you can close the avenues of any future instances of favoritism.

How this will affect the performance of average guards?

An environment, where every security guard is assessedwith the same yardstick, will be great to guaranteeeveryone that they are operating on a level playing field. This is important to inculcate the feeling that they are not being persecuted and their exceptional performance will not be overlooked in someone else’s favor. It is important to mention that even a misperception that favoritism has seeped in the workplace dissuades average employees from going the extra mile.

How you monitor the performance of your security team also plays an integral role in devising a transparent work environment that pushes the mediocre ones to do better.To ensure a transparent atmosphere, set up an impartial performance monitoring mechanism. Apart from installing security supervisors with a clear sense of objective analysis, you can also get help from guard management software.

These automated applications workout the security details of a particular site and then notifies you when those details are not fulfilled. Over an extended time period, this software would generate data pertaining to the performance of every security guard that would be free from any personal prejudice. Knowing that he can’t pass up the performance evaluation system by any means, average guards will be left with no other option except to work hard and perform exceptional to receive the desired appraisal.

Many companies have reward programs in place, but they are not used in their true essence. This mismanagement doesn’t reflect well in terms of workplace transparency. If we particularly talk about improving security guard performance,then seamless reward programs work in its favor. Make sure that you are transparently rewarding your security workforce according to the preset rules. Everyone loves and needs a bonus. So, it is very likely that average performing guards will try to put extra effort if there is a working reward program in place.

Apart from using transparency and accountability as the tools to push average performing security personnel to work harder, you can employ some other measures too.

Being stationed as a security guard is actually a standing job. In some instances, security guards have to go through eight hours of shift that only involves patrolling or still standing. It is also pretty common for guards to be on a constant rotation in between indoors and outdoors. This demand for bodily endurance can only be met with better fitness. And only top performers are able to pull that off. Physical fitness is also central to remain watchful.

Therefore, professional security training alwaystakes this factor into account. However, maintaining physical fitness is an ongoing effort and many people relinquish it while at the job. Many guards, even with the intent to do better,can’t do well because their physical fitness doesn’t allow them. You can start your own fitness program to help around all such individuals with the consultation from any good security guard services.

You can also dole out incentives for reaching a certain physical fitness target. Different endurance tests can be used to access the performance. Physically fit guards (free of pot bellies and the problem of shortness of breath) will automatically start working better.

Adding something extra to the craft

Being average also depends on the set of skills one possesses. One can’t perform exceptionallyif he doesn’t have the skill neededto execute a taskthat helpsin doing that top performance work. For instance, unarmed guards can’t top the performance of security personnel with the expertise of handling a weapon. So, if you want your average security guard to do better, encouragehim to have more expertise up his sleeves. If he doesn’t have prior training to handle a firearm, support him to get enrolled in a concealed carry course from any reputable security training center.

Average security guards also suffer from the imprisonment of the comfort zone. They don’t want to take on new challenges. The apprehension of insurmountable work, fear of the unknown, and many similar things push them over and over in their comfort zone.  So, if you want your guard to do exceptionally well, always frame challenges with a positive pitch. Make it look like an opportunity to work on something exciting instead of posing it as a difficult task. Remember that perception is the reality. How you frame a challenge and how it is perceived by the guard will be decisive in turning an average guard into an exceptional one.

Feeling stressful is not always bad. In the field of security management, positive stress helps in improving the performance. The adrenaline rush generated by feeling positively stressed acts as a fuel for security guards to do better. For that matter, hands-on security training of any experienced security guard services takes care of this aspect. Ask for more and set higher standards to inspirepositive stress conditions. While creating an environment packed with positive stress, it is important to provide them with enough resources and incentives to work in that challenging setting.

Optimal Security services can help businesses to improve the competence of their guards with their various security training programs. Moreover, the facility is able to provide trained top-notch trained guards for event security and management. You can also get in loop with them for security management and consultation. 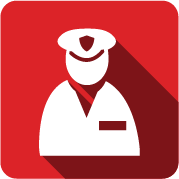 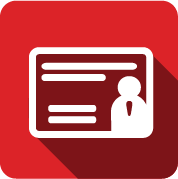 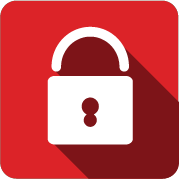